RAILA’s Government has helped the KALENJIN more than any other 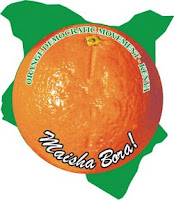 A closer look at current political developments in Kalenjin land and a dichotomy of all competing factors reveals a mix of desperate attempts to uproot Prime Minister Raila Odinga’s overwhelming support ranged against unyielding resistance by the local community.

The main reason is that the Kalenjin grassroots wananchi know very well that the Prime Minister offers the single most, believable road map for tackling the myriad challenges that afflict their community today.

He is focused, steadfast and transparent. They know and are convinced he has developed a development masterpiece for the whole country which includes unique and achievable plans for the region.

Besides, the PM stands out in Kenya as the biggest insurance against the bastardization of the new constitution and the reform agenda.

He has promised the people that he will anchor the war against corruption, good governance, implementation of the new government and his devotion to enforcing national cohesion.

These are the qualities needed for leadership that can transform this country to match other modern states in the world. Also his vision is timely for Kenya as a whole.

In PM Raila Odinga’s priority agendas lined up for the benefit of the Kalenjin, he intends to enforce the provisions of the new constitution to tackle all historical injustices affecting the community once and for all.

Top among the injustices include the runaway land question and ample compensation for all Kalenjin civil servants, parastatal workers, soldiers and policemen who were illegally and summarily sacked from their jobs when the Kibaki government came to power. These were honest, professional and hard working people mostly hounded out of their jobs by the new wielders of power; purely on ethnic grounds. Nobody bothered to follow procedure in retiring them and many were pushed out crudely and even denied their benefits, up to this day.

“I was retired unprocedurally without even the formal communication. Only after some time a messenger was sent to my house to bring me an envelope with only Shs.500,000/= enclosed. Surely, there are better ways of treating retiring civil servants.” Dr. Sally Kosgei once told a national daily newspaper.

Another landmark priority on the Prime Minister’s list of Kalenjin needs to be fixed immediately he gets power is to bring radical changes in the agriculture sector in Kalenjin country with a view to improving yields, value addition, investments in the sector in the region and direct incomes.

He that locals will vote in strong,committed County leaders who will help him implement these policies at the grassroots for the citizens to realize the real fruits of the transformation.

This is both to fast track job creation, boost agro-based industrialization and to radically step up rural incomes. It is also meant to re-invent Rift Valley (Kalenjinland) as the bread basket of this country, to shore up Kenya’s capacity to sufficiently feed its population and also produce for the export market.

His main focus will be on key products like: Maize, Wheat, Tea, Potatoes, Horticulture, Dairy industry, Hides and Skins and beef products.

Part of the blue print includes giving government subsidies and other incentives to farmers. Farm inputs like fertilizers, pesticides and implements (machinery, etc) will be made more affordable at prices that make economic sense. Also agricultural and veterinary extension services will be revived to international standards.

He also intends to work for the expansion of tourism opportunities and investments which will lead to growth in the hospitality industry in the area. This will be extended to introducing the yet to be exploited Agricultural tourism for foreigners visiting to see for themselves our unique climatic and weather conditions, our major cash crops (eg. Tea and commercialized traditional crops), our soil types and terrain plus our livestock.

The Raila government will also work out with development partners and also encourage private investors to build both big and cottage industries in strategic places to be purchasing and processing various agricultural products and adding value locally before selling to fetch higher prices.

This will greatly reduce wastage, help fetch higher selling prices for farmers, create plenty of jobs for local youths and excite commerce thus empowering local entrepreneurs who are keen on supplying to farms and factories or trading in main and by-products from the farms and factories.

Another top priority area in Mr. Raila’s plan for the community is the empowering of youths to secure their future.

In this, he has great plans to mainstream vocational training by modernizing and equipping all existing technical training institutes in the region, beginning with the overstretched Eldoret Polytechnic, and putting up at least one high level other in each and every constituency.

This is aimed at producing many high caliber middle level professionals, artisans, and technicians from the community to work locally, in other parts of Kenya and even overseas. It will also open a great window to many of our school leavers who are today lacking education advancement opportunities.

Along the same designs of empowering Kalenjin youths, the PM recognizes too well the coveted place our youngsters hold in the world of athletics. He hopes to structure the athletics industry to be of greater benefit to the community while diversifying the sports industry in the region to get our youths excelling in other lucrative sports disciplines too.

Despite the great strides so far made in this area globally, we are still heavily dependent on foreign coaches; trainers, scouts, managers etc.

There is also great under development in terms of tapping all available athletics talent across the region; hence many great athletes are never discovered and end up lost in the far off villages once they fail to access the few athletics scouts available.

Therefore, the PM’s plan is to develop a vibrant and sustainable athletics development program that will produce trainers and other officials and also build well equipped modern athletics academies in every constituency to ensure serious harvesting, sharpening and professionalizing of our young athletes at a young age.

This will make many of our retiring athletes interested in promoting the sport to get engaged gainfully as trainers and officials and add value to our young athletes so that when they venture out to the world stage they bargain for more and avoid being exploited.

One other area Raila-critics should be ashamed of is that he is coming out openly to address the post – 2002 malicious oppression of the people.

Between 2003-2007, the law was that of offloading Kalenjins from public jobs. Following the PM’s entry through the post-PEV peace settlement, he ensured that the sackings stopped and went ahead to ensure the bringing on board of Kalenjins, some in senior positions.

Today through this deliberate effort, the community boasts of a big number of ministers and other senior public officials who would otherwise not have been hired into government. Even those not appointed by the PM merely got accepted as kifumba macho after the enemies of the people got cornered and moved to appoint a few to deny the PM the credit of being considerate of the Kalenjin. They include ministers: Franklin Bett, Dr. Sally Kosgei, Henry Kosgey, Prof. Margaret Kamar, John Munyes and Samuel Phogisio. There are also assistant Ministers Permanent secretaries and others.

To the surprise of most Kalenjin’s the architects of the drive to torment and kick out Kalenjins from plum public sector jobs have regrouped in TNA and yet that is the group URP leader William Ruto has chosen to go to bed with!

THE WRITER IS NATIONAL CHAIRMAN OF THE FRIENDS OF RAILA (FORA) LOBBY
Posted by ME at 4:39 AM